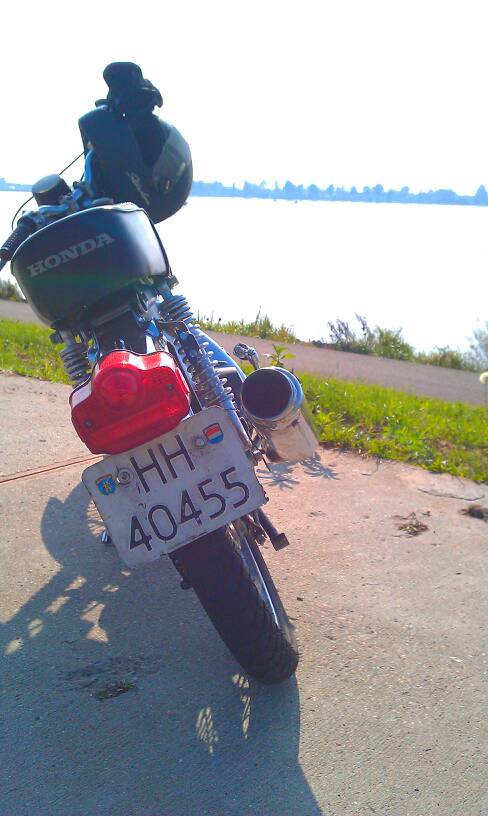 Just like today, yesterdat was an awesome day to go out for a little spin through the polder[1] in Flevoland[2]. Nice long empty roads where one can drive without the worries of being spotted by the police[3]. And today will be another chance to go out and about, so I'm off! :) 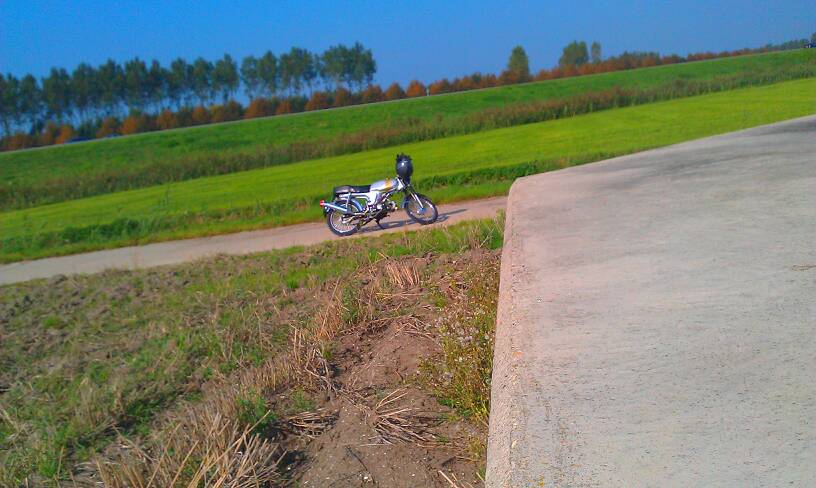 [1] A polder is a low-lying tract of land enclosed by embankments (barriers) known as dikes, that forms an artificial hydrological entity, meaning it has no connection with outside water other than through manually-operated devices.
[2] Flevoland is a province of the Netherlands. Located in the centre of the country, at the location of the former Zuiderzee, the province was established on January 1, 1986; the twelfth province of the country, with Lelystad as its capital. The province has approximately 370,000 inhabitants (2005) and consists of 6 municipalities.
[3] This particular Honda has 90cc instead of 50cc. Tad illegal... shhh >.>